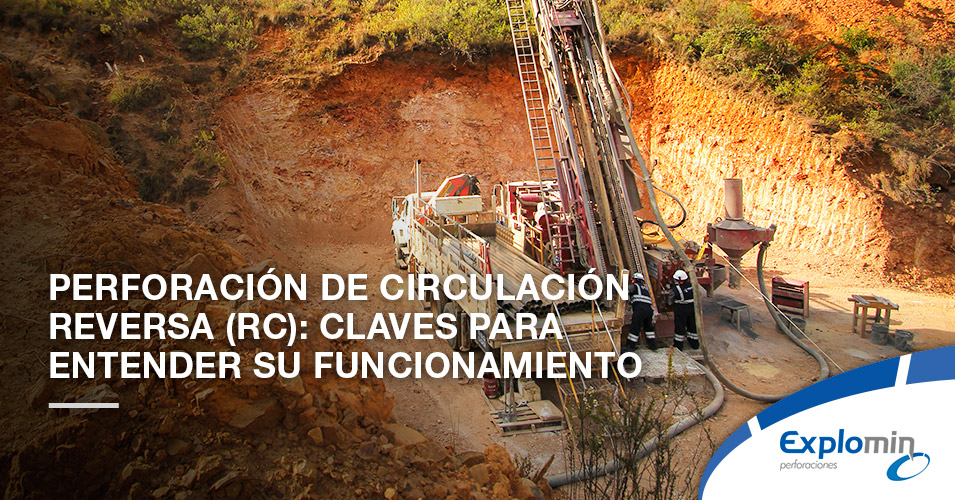 As we know, drilling provides most of the information for the final evaluation of a prospect and will ultimately determine whether it is economically mineable. One of the best known drilling methods is Reverse Circulation Drilling (RC). Next, let’s learn more about this form of drilling or probing.

Reverse Circulation Drilling or commonly called reverse air drilling, creates small rock fragments (chips) instead of a solid core (core). Unlike diamond drilling, it is much faster and requires much larger equipment, including a large capacity air compressor.

How does it work?

The design of the bars for Reverse Circulation Drilling allows the recovery of samples through the center of them due to their double wall. The air or water, which are the most used means for sweeping, enter the column through the walls of the bar or between the annular space that remains between the outer sleeve and the inner tube through a lateral connection (swivel). ), lowering to the bottom of the well the samples that are being extracted, are directed towards the center of the drilling tool and evacuated to the surface.

From there they are diverted through a discharge chute to a rubber hose, which is connected to a particle deceleration unit (cyclone dust collector) and appropriately recovered for analysis.

Reverse Circulation Drilling rod sizes are typically 4.5″ – 7″ in diameter and 20 feet long (6,096 m). Each rod is very heavy and requires the use of a rod handler, crane or winch to lift it and position it over the hole. 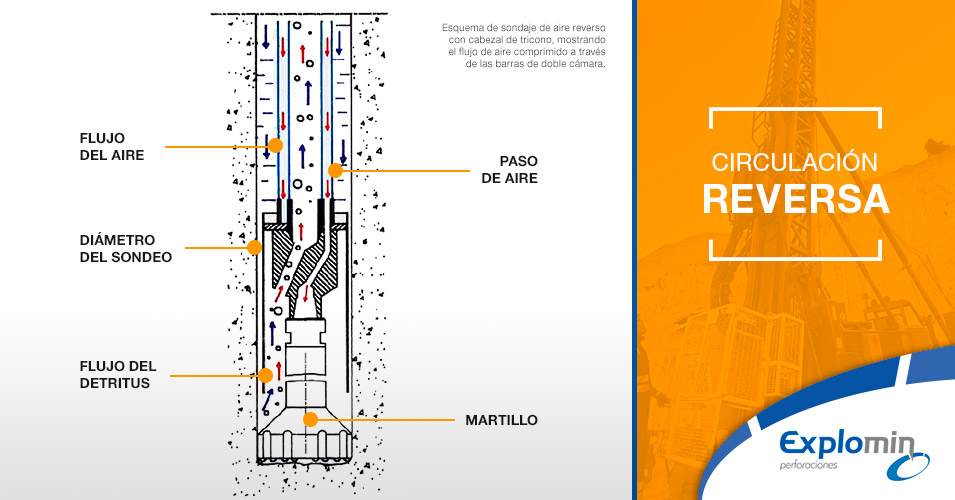 The heads of the machines for Reverse Circulation Drilling are different from diamond drill bits or crowns (Diamond Drilling). One type of head is called a hammer, which pulverizes rocks by constantly hitting them. This type of head performs effectively in dry drilling conditions (ie above the water table) and in rock formations that are dense and hard.

When drilling is carried out below the water table, the subsoil water acts as a buffer, often preventing the fragmentation of rocks by hammer drilling. In these cases, the head called tricone is used, which has three rotating toothed cones that rotate together, like the differential of the gears in a car transmission. Tricones are noted for being slow in drilling hard formations, but are very efficient in soft formations and in wet drilling conditions.